Many of the early indicators of pregnancy are nonspecific and might be readily misinterpreted as being caused by something else. As a result, deciding when or not to take a pregnancy test might be challenging.

We’ve compiled a list of 10 early indicators that a woman should take a pregnancy test in this post.

After missing their cycles, many women take pregnancy tests. A missing menstruation is the most typical reason for a pregnancy test. Missed periods can occur for a variety of reasons, but if a woman is sexually active, a missed period can indicate pregnancy. When administered after a missed period, most pregnancy tests are extremely reliable, but hormone levels may not always be high enough to provide a positive result. If a woman misses her period and a pregnancy test comes out negative, she should wait a few days before taking another test.

Breasts that are sore and swollen are normal in early pregnancy, but they can also happen right before a period. During early pregnancy, some women notice that their nipples get larger or darken significantly.

3. There is some light bleeding

Cramps are typical before and during menstruation, but some women also have cramps during implantation. It may be a good idea to take a pregnancy test if cramps occur around or before your period is due, but there is no bleeding or the menstruation is significantly lighter than usual. 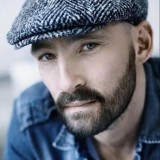